« back to articles
published on September 04, 2012 by Mark Miyashita
Air Display by Avatron Review

Here is my review of Air Display by Avatron, an app that allows you to utilize another computer (Mac or PC) or even a tablet (iPad) as another screen for your main computer. From a Computer Scientist's perspective, this is an awesome feature because the more screen real estate, the better.

What they did right:

I'm going to start off the review with the features that made this experience enjoyable and the reasons why I would use it again.

Installation was fairly straightforward. I found the app on the Mac App Store, downloaded it and let the app store take care of the installation. Here's a screenshot of the window that appears when you launch the app: 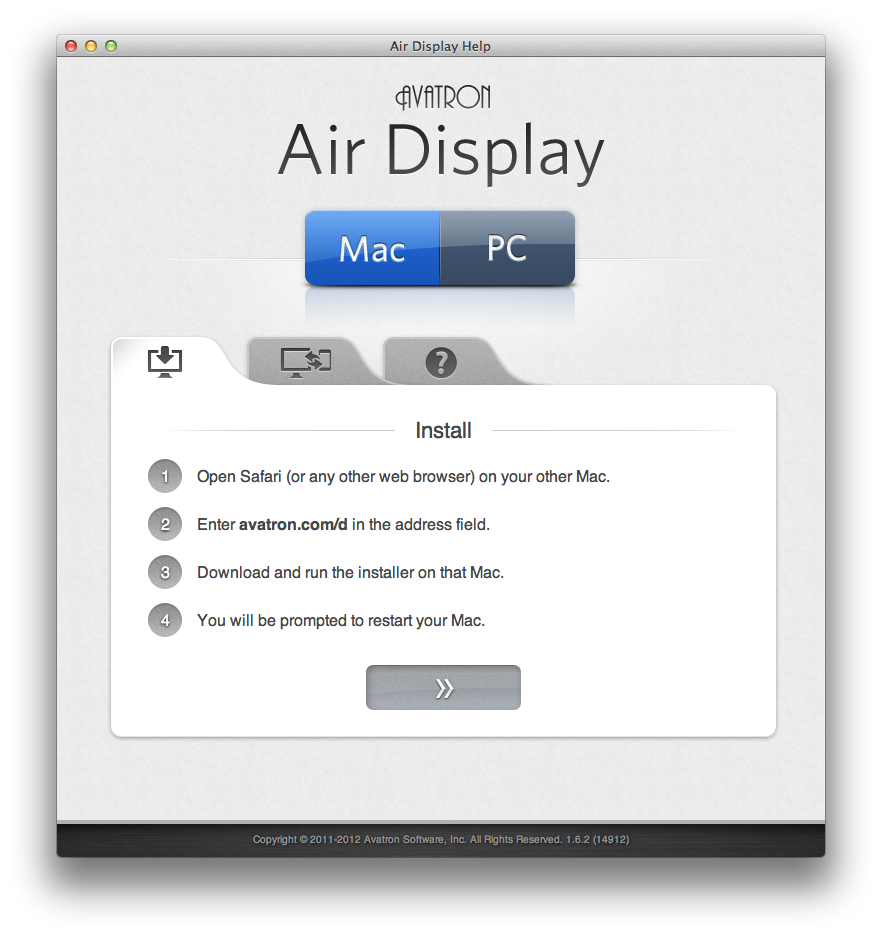 This part of the application runs on the computer with the screen that you would like to add to your main display. For me, this ran on my laptop.

On my desktop, the following screenshot is the app that I had to install. Installation was again, easy. However, it was a little confusing to figure out which app ran on which computer (client/server). This may have been because I did not fully read the documentation, but usually software is intuitive enough to figure out without reading. 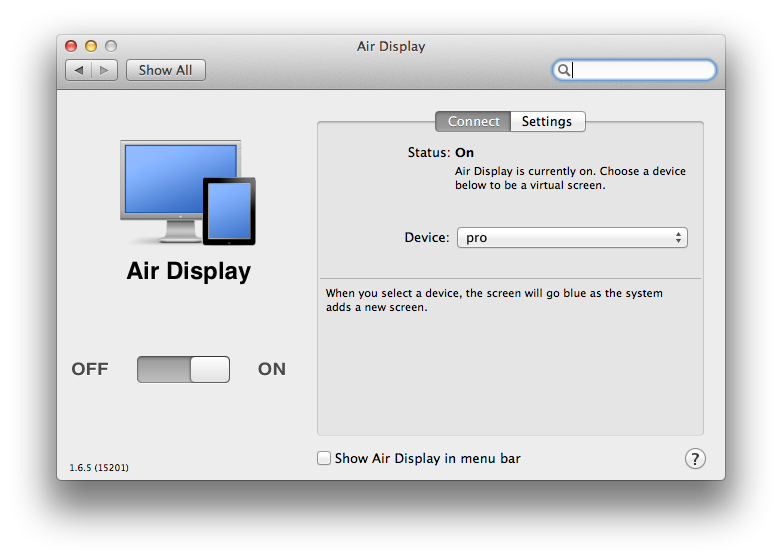 Once installed, the app ran with ease. I has able to hook up my MacBook Pro wirelessly to my Mac Mini and use its display in addition to the two that I already have on my mini. Here is a screenshot of my Display Preferences once the app had added the wireless display. 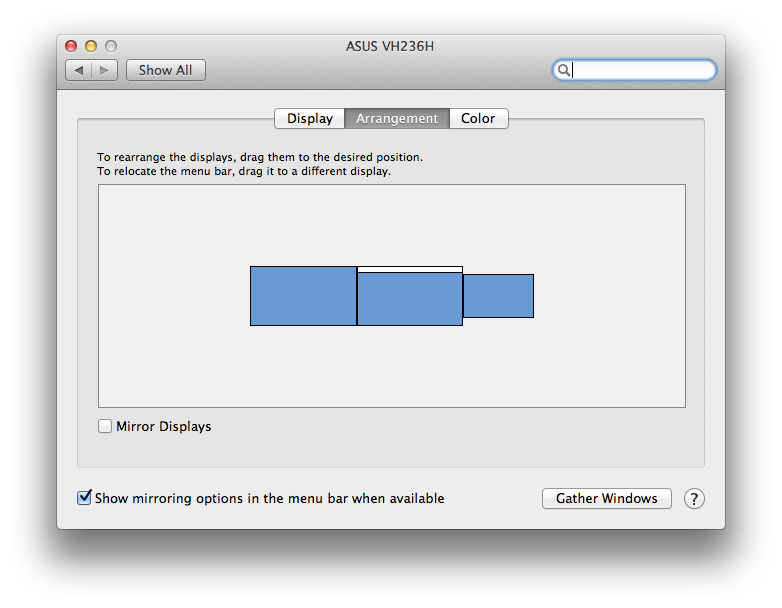 I simply moved the window around to wherever my display was positioned and it acted as if my monitor was wired in. I am very pleased because there is almost no lag at all.

One request for a future update:

I love everything that I was able to do with Air Display. However, there is one feature that I tested out and did not turn out the way I expected. I tried plugging in a second monitor to my MacBook Pro, this is where things got interesting. To reiterate, my current setup because two monitors on my Mac Mini and two on my MacBook Pro (including its built-in display). I thought I would be able to use both of the additional displays with Air Display; however, I was not able to. In addition, the second display (which is larger than my MacBook Pro's screen) was only able to run a window of the Air Display app. In other words, I was not able to utilize the entire display anymore, I was limited to the resolution of my native laptop's display. 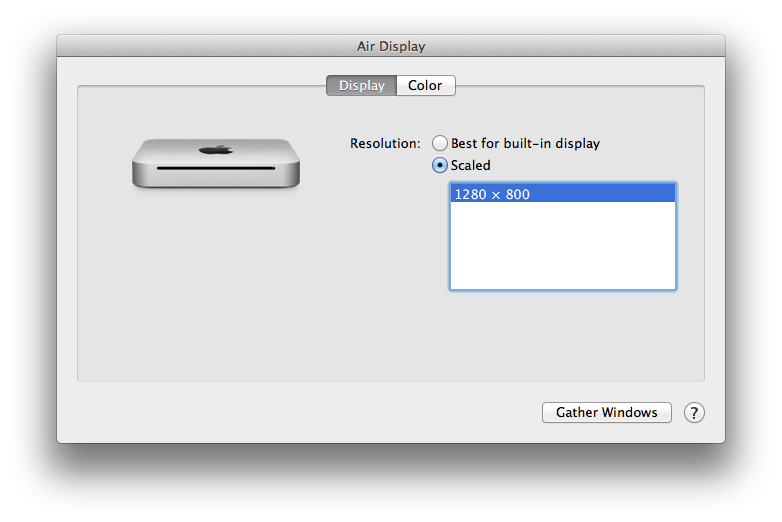 I tried many ways to get around this problem, closing my laptop display, entering full screen mode, etc. and nothing was able to make it work. Regardless, I am still pleased with the product and I will use it occasionally if I am in need for some extra desktop space. Overall, I would give it a 4 out of 5 review.

If you use Air Display, what do you think of it? Keep in mind that my review is solely based off of the computer to computer version of Air Display. I have heard additional stories of success with the Computer to iPad version of the app. Let us know in the comments below what you feel about the app!