« back to articles
published on March 06, 2012 by Mark Miyashita
Upcoming Safari 5.2 New Features

Here is a quick rundown of the new features in the upcoming release of Safari 5.2. So far, the beta has included several new features making this the best version of Safari to date.

Safari now has an omnibar, a similar feature that Chrome has had for a while, that combines the search and the address bar together. In addition, autocomplete on the omnibar includes bookmarks, recent history, and in addition, it syncs with Safari on iOS.

Safari now has tabs that fill up the whole tab bar 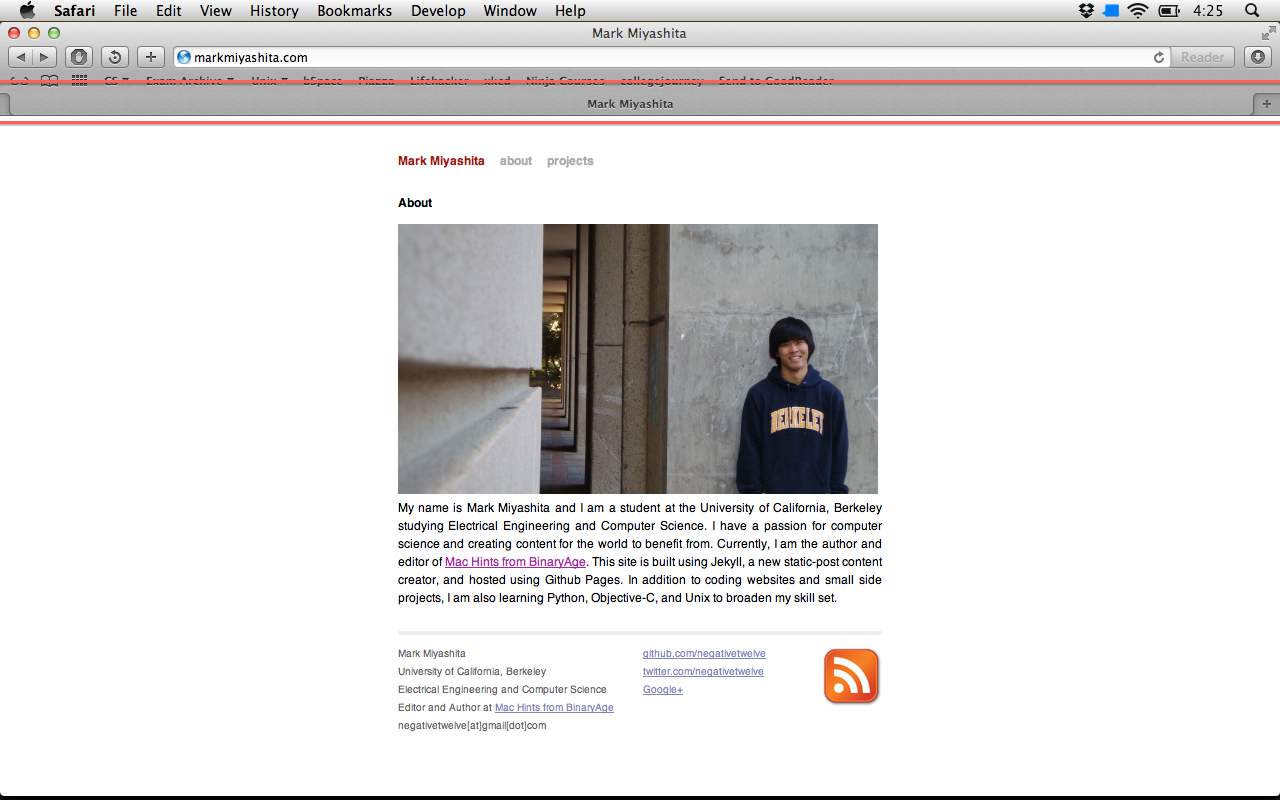 A new feature that for some is undesirable is the behavior that results in the tab bar when you have only one or even two tabs open. With only one tab open and the tab bar showing, the one tab fills up the entire space and ends up becoming a second title bar. This is a waste of space. Even for two tabs, it still looks off because now the tabs are half the size of the screen, still too large. Hopefully, Apple will fix this “issue” before the actual release comes out. We will see.

Hopefully, this feature is also restored to Safari. I know a few people who used Safari as their main RSS reader, and in the new beta, this functionality has been removed. There is no screenshot of this feature because the feature is nonexistent at the moment.

Here is another post about Safari 5.2 Beta that also includes a download link for update 2 if you are so inclined.

Post in the comments below with more features that you have found (added or removed) and discuss the recent advancements of Safari!